9 years ago in Sammlungen

Moved to extra/zitate/
9 years ago

lack of self-awareness is one hell of a drug

Imagine if there was a room in SF where the top 5000 brains of the world came to everyday for several hours.

The value of that room is incredibly high, and its occupants would have the power to decide the pace of the world and how it should work.
http://blog.hackerrank.com/post/27495441781/

10 years ago in Collections

The demoscene is a computer art subculture that specializes in producing demos, which are non-interactive audio-visual presentations run real-time on a computer. The main goal of a demo is to show off programming, artistic, and musical skills.
Wikipedia

All made with the wonderful Renoise.
10 years ago
1272

Our mission is to establish Microsoft's platforms as the de-facto standards throughout the computer industry. Our enemies are the vendors of platforms that compete with ours; Netscape, Sun, IBM, Oracle, Lotus, etc. The field of battle is the software industry. Success is measured in shipping applications. Every line of code that is written to our standards is a small victory; every line of code that is written to any other standard, is a small defeat. Total victory, for DRG, is the universal adoption of our standards by developers, as this is an important step towards total victory for Microsoft itself: "A computer on every desk and in every home, running Microsoft software".

Our weapons are psychological, economic, and political - not military. No one is forced to adopt our standards at the barrel of a gun. We can only convince, not compel. Those who adopt our standards to so as a rational decision to serve their own ends, whetever those may be. It is our job to ensure that those choosing an operating system are presented with an overwhelming abundance of evidence and reasoned argument in favor of our standards - so overwhelming that the choice of our standards seems obvious, or (ideally) that the developer is not even aware that a decision was faced, and a choice made.


How one would make a "rational decision" without being aware of that is anyone's guess.
10 years ago

Eventually we’ll get to SF-quality hard AR, but it’ll take a while. I’d be surprised if it was sooner than five years, and it could easily be more than ten before it makes it into consumer products. That’s fine; there are tons of interesting things to do and plenty of technical challenges to figure out just with soft AR. I wrote one of the first PC games with bitmapped graphics in 1982, and 30 years later we’re still refining the state of the art; a few years or even a decade is just part of the maturing process for a new technology. So sit back and enjoy the show as AR grows, piece by piece, into truly seamless augmented reality over the years. 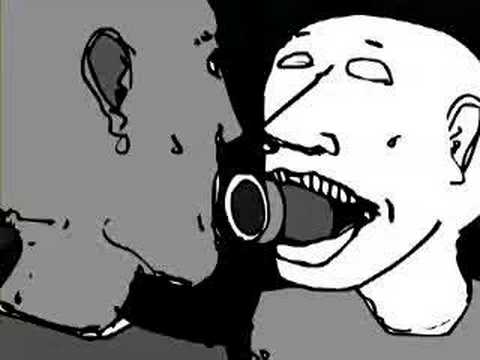 https://www.youtube.com/watch?v=Jr_lcVVoDIY
10 years ago in Collections