Progress is not a straight line. Imagine a tree, and every branch is a decision which leads to other possible decisions. Even if you were forced to "move forward", ending up in a particular spot is still not a foregone conclusion; "progress is inevitable" is just a lame excuse for the bad decisions we make, and the hot water it ends us, others, and those who come after us in.
9 years ago

The next worst thing just after using it as a manual..

1984 was a work of fiction, that is undebatable. It did not happen. It's not based in reality whatsoever, and there is no indication that anything written in the novel logically carries from anything else written in the novel. Things happen in 1984 because it makes for a good story, not because that's what would happen next.
https://news.ycombinator.com/item?id=6382674

singularity = lots of creeps in a sardine can?

“Initially, we were thrilled to see a bit of our soul come alive in this so called ‘machine,’” said Dr. Akito Takahashi, the principal investigator on the project. “This was really the final step for us in one of the fundamentals of the singularity.”


Ewww! I don't care about the robots that much, but the people who build them are tragically fascinating.

“This is only a minor setback. I have full faith that we will one day live side by side with, and eventually love and be loved by, robots,”

9 years ago in You have been trolled.

9 years ago
Why do websites seem to be evolving not like sneakers or buildings or toothbrushes (= usable, recognizable, but wildly varying in design), but more like an AK-47? Because "cheap and fast to produce, high rate of conversions" is all there is to making a website? Then why not skip to injecting ad-bots that assemble themselves out of waste directly in the brain?

How did the web invented by universities to exchange information and used by people to communicate turn this hellhole of pamphlets and parrots, and so fast? How the fuck is Twitter an actual thing, and not a joke in an advanced society about how primitive lifeforms might use computing machines? Not that I mean to pick on Twitter, I was just grabbing a random thing out of this bag of bullshit.
9 years ago

The U.S. Department of Homeland Security was a panicked reaction to the Sept. 11 attacks.
http://www.businessweek.com/articles/2013-07-15/the-case-for-abolishing-the-dhs


The DHS was suggested way in advance, for one, as was going to war in the Middle East.

As for the panic: 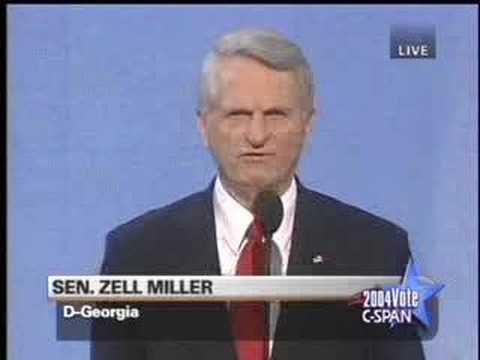 In the future, robots will beat humans at soccer.


If humans build robots, then that's is actually humans using tools to beat other humans.

I wonder on how many people that will be completely lost?

I've seen people argue with printers before... so I won't get my hopes up they can see through robots that speak and talk, or even do really pointless things like playing soccer.

The whole concept of alienation found its first expression in Western thought in the Old Testament concept of idolatry. The essence of what the prophets call "idolatry" is not that man worships many gods instead of only one. It is that the idols are the work of man's own hands -- they are things, and man bows down and worships things; worships that which he has created himself. In doing so he transforms himself into a thing. He transfers to the things of his creation the attributes of his own life, and instead of experiencing himself as the creating person, he is in touch with himself only by the worship of the idol. He has become estranged from his own life forces, from the wealth of his own potentialities, and is in touch with himself only in the indirect way of submission to life frozen in the idols. The deadness and emptiness of the idol is expressed in the Old Testament: "Eyes they have and they do not see, ears they have and they do not hear," etc. The more man transfers his own powers to the idols, the poorer he himself becomes, and the more dependent on the idols, so that they permit him to redeem a small part of what was originally his. The idols can be a godlike figure, the state, the church, a person, possessions. Idolatry changes its objects; it is by no means to be found only in those forms in which the idol has a so-called religious meaning. Idolatry is always the worship of something into which man has put his own creative powers, and to which he now submits, instead of experiencing himself in his creative act.

Among the many forms of alienation, the most frequent one is alienation in language. If I express a feeling with a word, let us say, if I say "I love you," the word is meant to be an indication of the reality which exists within myself, the power of my loving. The word "love" is meant to be a symbol of the fact love, but as soon as it is spoken it tends to assume a life of its own, it becomes a reality. I am under the illusion that the saying of the word is the equivalent of the experience, and soon I say the word and feel nothing, except the thought of love which the word expresses. The alienation of language shows the whole complexity of alienation. Language is one of the most precious human achievements; to avoid alienation by not speaking would be foolish -- yet one must be always aware of the danger of the spoken word, that it threatens to substitute itself for the living experience. The same holds true for all other achievements of man; ideas, art, any kind of man-made objects. They are man's creations; they are valuable aids for life, yet each one of them is also a trap, a temptation to confuse life with things, experience with artifacts, feeling with surrender and submission.
Erich Fromm
"Marx's Concept of Man"

This will become radically worse, especially after the generations that witnessed the transition and the first crappy robots faded away, and people grow up with robots that seem just as real and alive as their parents.

We already love to talk about how circumstances force us to do this or that stupid and evil thing, we can hardly wait until those circumstances are automated. Robodogs for the elderly in Japan today, soccer bots for the human blobs everywhere tomorrow. And of course, military bots for all those war crimes and human rights violations, pushing the cost of those to near zero.

I get that it's cool, from a technical geek perspective. But engaging in it now, with the structures of power as they are, with people as lame as they are, is like smoking a cigarette while you're covered in gasoline.
9 years ago

Research is utterly lost on the lost

This is just sad: What Marshmallows Tell Us About Silicon Valley

Life isn’t fair. But it helps if people believe it is.

This article essentially points out that humans have defensive strategies in situations of uncertainty and distrust. The suggested reaction is not to reflect on what causes them, where they might be justified and where they might not -- but simply assumes as given that "life isn't fair" and that it would help to better deceive people into thinking it was, instead of assuming responsibility and improving society.
Music
23
Photos
1470
Projects
65